The Old Town Street Festival is proud to announce Wade Hayes will be headlining the May 16, 2020 festival. 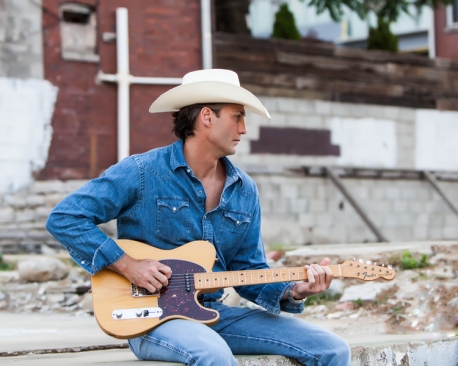 Country music’s power has always been in its ability to reflect real life, and few artists have a stronger gift forcapturing both heartache and hope than Wade Hayes. In the past few years, the singer/songwriter has navigated a complicated journey that has produced some of the most potent songs of his already impressive career. Surviving stage IV colon cancer, not just once but twice, has given Hayes a unique perspective of the fragility of life and the strength of the human spirit. Those lessons learned are embodied in the songs on Go Live Your Life.Hayes was in his early 20s when he began churning out such enduring hits as “Old Enough to Know Better,” “I’m Still Dancing with You,” “On a Good Night” and “What I Meant to Say.”

“I’ve met so many wonderful people during this journey, especially when I started healing and got out and began speaking. I’ve met some incredible, brave people that were inspiring to me and told me that my story is inspiring to them. I heard the story of a guy who had cancer similar to mine and he made it back to being cancer free. It gave me so much hope that once I got through the valley I thought, Man, that’s what I want to do for other people.’ I want to help them and try to give them inspiration and hope. With God all things are possible. I’m a living example.”

2 thoughts on “Headliner for 2020 Festival Announced!”